Eva Peron at the House of People 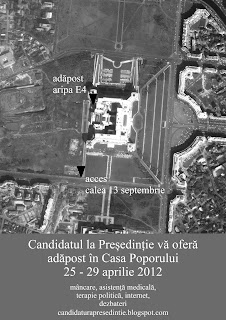 @ the House of People

Everyday at the Shelter: 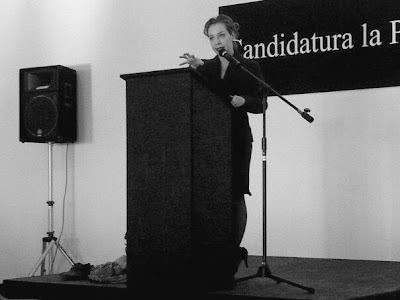 That what had to be done in my country was nothing less than a Revolution.
And when what needs to be done is a revolution, then the persons capable to venture all the way on a such difficult path are not many. They are actually so few, that we could say they are missing. Many revolutions have been started here and elsewhere. But a revolution is a new, difficult road and it is only for those that feel an irresistible attraction for risky endeavors. This is why have failed and will always fail those revolutions desired by the people and even done with its total support. (…)

It is important to talk about “Evita”, and not out of pride, but because the one who understands “Evita”, can more easily understand the descamisados, the people themselves, and it will never feel of itself more than it is... Never will it become oligarchic, the most feared thing that can happen to a Peronist!

(part of Eva's speech at the Shelter) 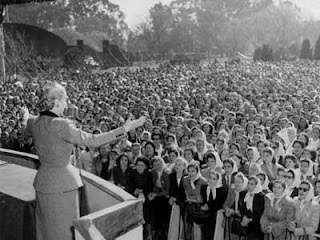 (...)
There is a great prophecy which says that in the end times, the prostitute will lead the world. Those are the times of Apocalypse, the lifting of the veil, the times of dis-order and chaos. Eva Peron was the closest to the fulfillment of such a prophecy, however authoritative agencies kept his-story going and the fantasy postponed. Called upon at the Shelter, Eva Peron becomes Eva P., an incantation for the reality of the Apocalypse prophecy.
The time of the AntiRepublic haunts our present. It is there in the anti-communist ideology, in the virulent demonization of the looser of the Cold War, the so-called anti-democratic, communist East. It is there in the recent fall of the so-called Arab dictatorships. It is also there, in the visions of anarchists of all times and now in the practice of the ones in Greece. The AntiRepublic is also so present in the measures of radical neo-liberals that prophet the reign of the free market. But most of all, the AntiRepublic is already present everywhere in what is obvious to many: the failure of representative democracy.
Eva was the first of her kind to vote but eternally enable to be voted. She is always just about to be named the Leader. Eva P., a ghost of true representativity, is powerless, she represents no real multitude. She is just an image of the Other, the one perpetually out of the space of authority, the imperfect powerless double. Brought to the Shelter, Eva P. is the model of anyone becoming a candidate for leadership and never a leader, the perpetual candidate for the great position of presidency, an archetype for the times of the AntiRepublic, when everybody will be a candidate and nobody will be president.
(...)


About the Shelter:
It looks like what we, The Presidential Candidate, have been anticipating in the last years, with our "no hope" messages and slogans, is already at work. This is not perceived as an eccentric, provocative vision anymore, it is the banal reality that everybody can feel. So what now? What’s happening when you give up hope and you are pushed into the corner?

There is a feeling of urgency, fundamental issues need to be immediately confronted and we will do exactly that. The House of the People (Ceauşescu's Palace) will be transformed temporarily into a real house of the people, where, for a few days, free education, free health services, free food, political therapy, a bit of everything that now is disappearing, will be provided.

Still, there is a sensation that it's too little and, maybe, already too late, so we don’t know if we can avoid adding a dystopian dimension to the whole situation. The events within the House of the People will be a good opportunity for thinking the present and feeling the (no) future in this first Postspectacle shelter.